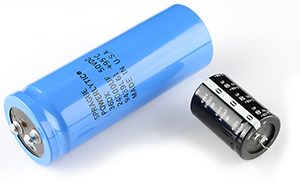 GPS Provides Nationwide service to maximize the performance and reliability of your UPS.

Like the batteries, capacitors degrade over time. When a capacitor fails you might not see any visible effects, but the other capacitors will have to take over the workload, which will shorten their useful lives.

Treat capacitors as the perishable commodity they are and plan on replacing them at or near the end of their rated service life.

If we are unable to resolve your issues on the telephone, we will dispatch
a Field Engineer from a service location near you.